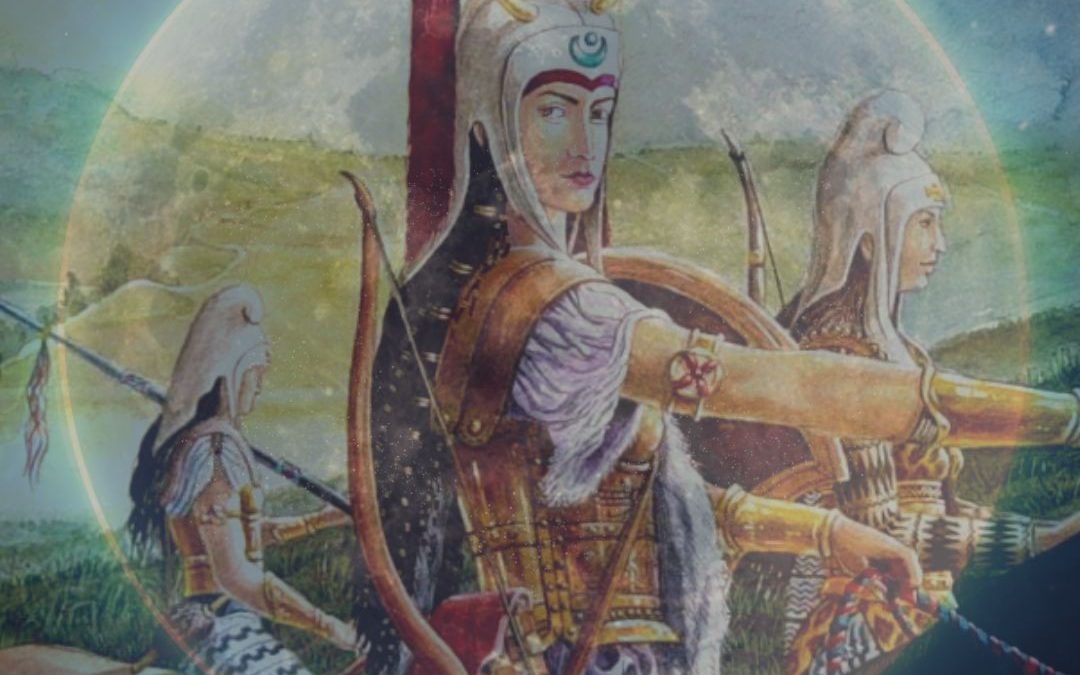 As we head into this next week’s Full Moon in Gemini, I offer these reflections on the archetypal dance in the sky above as a means to liberate potential and communion.

Mars, the planet of willpower, impulse, and physicality, still in its retrograde, is trining Saturn, the planet of discipline, sustenance, and elderhood. As we hear the call of these two planets together, we find the Steadfast Warrior. The Steadfast Warrior in you may be asking, “How can I bring further integrity and stamina to this moment?” And this Wednesday, this Mars-Saturn trine will dance with the Full Moon in Gemini. As the Moon speaks to our bodies, emotional and physical, and me before I consciously know who I am, this transit asks, “Where can I focus my attention towards self-respect and perseverance to support the emotional well-being of my life? How can I take a long-term view, integrating the wisdom of an elder’s attention, looking back with reverence on the cycles of life? How can my own dignity, and protecting the dignity of others, sharpen my compass?”

On its shadow side, this transit could be bringing out a sense of defeatedness, the places where your attempts to move forward feel like they are hitting a wall. Saturn can present a rigid boundary, an area where you are being asked not to go for some reason. At least for now. As your compass redirects, or simply stands still, your body reminds you to visit the disciplines of the past that cultivated resilience. Is there a practice, a simple repetition, a mantra, a meditation, a touchstone you can rest into as your momentum redirects?

I think here of the Mesopotamian/Greek myth of the Amazons, a tribe of warrior horsewomen who remained steadfast in their commitment to their own freedom. As the story goes, many thousands of years ago, a group of Greek raiders ventured into what is now northern Turkey. Traveling across the steppe, they came across a group of horsewomen, and it’s important to note here that in some archaeological digs in Eurasia, as many as thirty-seven percent of the graves contain the bones and weapons of horsewomen who fought alongside men. Every myth seems to have some literal truth at its roots.

At a time when the majority of women in these areas were subject to household enslavement enshrined in law, there was a mythic vision of women with the sturdiness of horses beneath them. Forming and following their own compass. They were unable to be tricked by the men they came across, their own cunning winning out at the end of the day. Their minds and bodies were their own. They lived within their own autonomy, challenged as they were at every encounter. The endurance of women to hold onto their own self-respect and autonomy is still a central evolutionary fight in our own time. May this next Full Moon bring with it a fertile training ground for the Steadfast Warrior of the Moon.

As they are chanting today in the streets of Iran, my own ancestral lands, “Zan. Zendegi. Azadi.” Women. Life. Freedom. 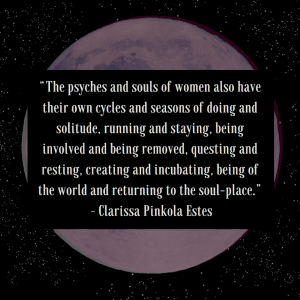