The Courage to Break Spells 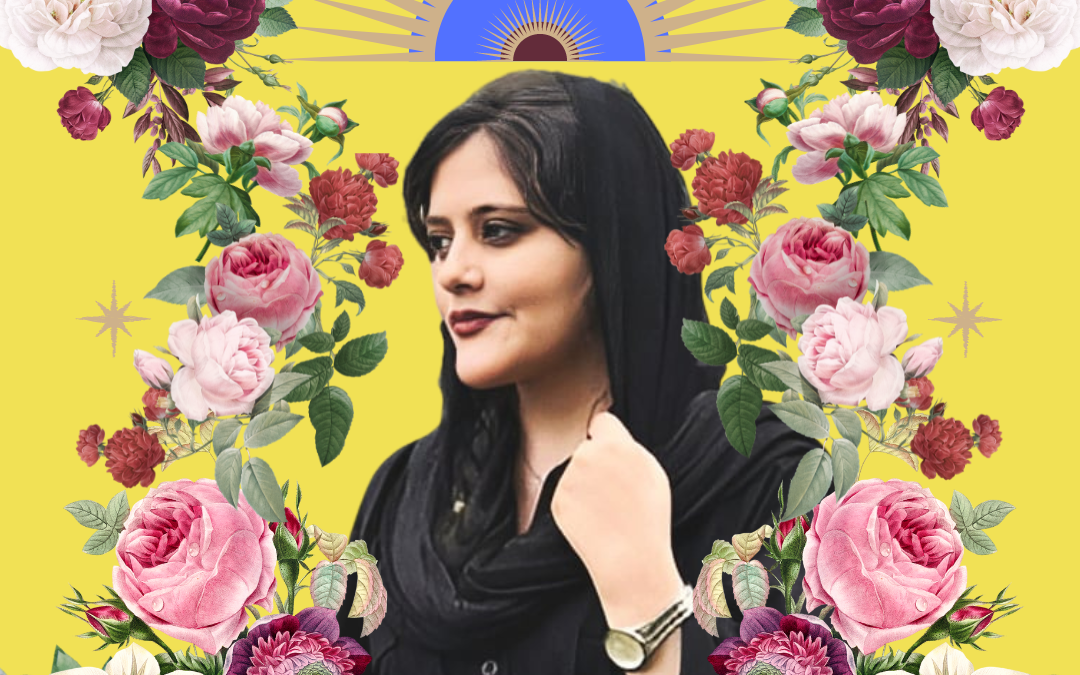 At School for the Great Turning, our intention is to share this story with you in a way that invites and upholds liberation for all of us. As Fred Rogers said,  when crises are happening it’s important to look for the helpers.

Four days ago, a 22-year-old woman was killed in Iran for not wearing her hijab in a way that the morality police approved of.

Yesterday, I started receiving messages from women students of mine in Iran, letting me know they were taking to the streets. As I read further into what was happening, I saw something in Iran that takes great courage and strength: women taking off their hijabs and burning them.

“Dear Lydia, a woman was killed in Iran because of wearing hijab, not in the way the government likes. I would like you to send us prayer today we are going onto the streets to protest. If that happens, they’re going to disconnect the Internet if I couldn’t be here anymore. I hope to find you in another way.”

Another, after I posted a story on social media about what is happening in Iran: “Thank you for being our voice. There’s so much happening in our streets and I hope to make it to class because I need to gather as many tools as I possibly can to support my sisters”

It’s getting violent. The police are brutal.

Being of Iranian ancestry, and watching this happen, there is still a tension between vigilance and fear in my body, even being so distant from it and physically safe. I feel scared when I see the violence that is being rained on the protestors, I feel it in my bones.

From the Washington Post: “Tuesday was the fourth day of unrest across Iran, with protests in numerous places, including Tehran, the capital. Two people were killed as security forces fired on protesters in the Kurdish city of Saqez — Amini’s hometown — while two more died in the town of Divandarreh and a fifth was killed in Dehgolan, according to Hengaw, a Norway-based rights watchdog. ”

They turned the internet off yesterday in Kurdistan Province in Western Iran so that protestors can’t communicate with each other or outside the area where the protests are happening.

I know that further freedom for women in Iran won’t be without a fight because of the brutality faced when they try to turn the page. I worry about our students who are in and have taken courses with School for the Great Turning, and pray for their safety. I worry about the heart of humanity.

It can be easy to feel like the violence happening in other countries is abstract. But this is personal. Iran is the country my family is from, the land of my ancestors, where I have family and students who are in danger because of a religious dictatorship.

Iranian women were, not so long ago, free from the legal demand of covering themselves. What they are facing with this violence is a reflection of the Great Unraveling. Their anger, their rising, in the face of great suffering is an example of orienting towards their moral compass, driving all of us towards the Great Turning.

Part of the mission of the School for the Great Turning is to humanize the movements of our world. This murder and these protests aren’t just a news headline. These are human beings waking up and deciding to have the courage to break a spell, a spell of oppression and undignified conditions that don’t support the thriving life of women in Iran.

We can witness this, collaborate with it, and feed our own courage to stand up and break spells.